Things you will need

Anatomy of your markings 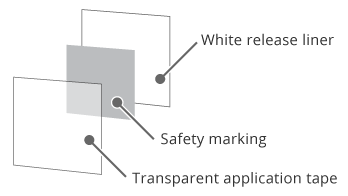 Your safety markings will be sandwiched between a transparent application tape on one side, and a white release liner on the other.
Do not remove these layers yet! 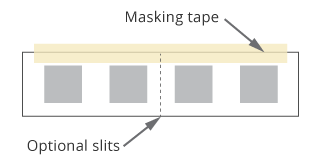 Position the markings at the correct location (see extra tips below), and temporarily hold  the graphic in place with a few pieces of masking tape.
Next; use a strip of masking tape to create a hinge along the top of the markings. 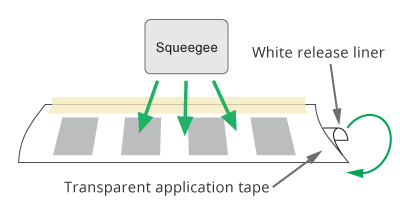 Lift up the markings and peel back the white release liner - This will expose the sticky side of the markings.  Make sure you don’t allow the markings to swing back down and touch the glass, or they may stick prematurely in the wrong position. (It’s a good idea to have an assistant, hold the markings up)

Using an old credit card, press firmly down on the markings, in a top to bottom motion (so as not to trap air bubbles).

Now you can peel away the transparent application tape, to reveal the markings.

Use a spirit level to create a perfectly horizontal guide line on opposite side of the glass. A china graph pencil is ideal for this, or you could also use strips of masking tape.

Why choose our frosted film?

There are many frosted films available, with varying qualities, to suit different requirements and budgets. Window Film Factory uses Avery Dennison film; arguably the most attractive, and one of the highest performing window films on the market.

Avery Film will not:

But don’t take our word for it; order a sample today. 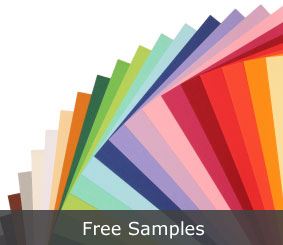 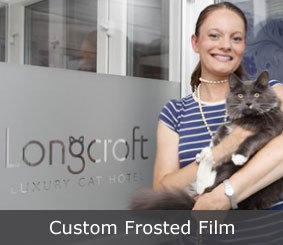 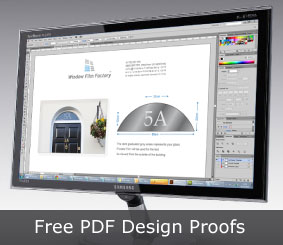